The Brewster Academy girls’ soccer program is designed to provide students with the opportunity to develop the athletic and social skills necessary for success in collegiate soccer and in life. A competitive schedule and rigorous training sessions help players develop their technical, tactical, physical, and psychological abilities. In developing these abilities, our players can reach their potential as athletes and teammates. Coaches focus not only on providing instruction, expertise, and constructive feedback but also on encouraging players to become active, collaborative, and responsible participants within their team and their school. After graduating, alumni of the Brewster girls’ soccer program have gone on to join a wide range of collegiate soccer programs, and a few are beginning to enter the coaching ranks in high school and in college.

In 2018, Brewster Girls’ Soccer posted another strong season, finishing with a 14-1-1 regular season record and advancing to the NEPSAC Class C championship game for the second straight year. The Bobcats continued their annual pursuits of the Lakes Region Championship and their 7th NEPSAC championship, but ultimately they were frustrated on both fronts, finishing in second place in the league to Lakes Region newcomers, St. Paul’s. In the NEPSAC championship, Brewster fell 0-1 to MacDuffie, who earned their second straight finals victory over the Bobcats.

Despite these frustrations, the Bobcats had an excellent overall season, scoring 54 goals, conceding 13, and posting 7 shutouts. The season included three victories over Kimball Union Academy, wins against all other Lakes Region opponents with the exception of St. Paul’s, and  non-league opponents such as Berwick Academy, Phillips Exeter, and Dexter-Southfield.

In her second year at The Ohio State University, Bailey Kolinski ‘17 was an Academic All-Big Ten player and also an OSU scholar-athlete for the second consecutive year. The Buckeyes posted a 9-6-4 record.

Tori Daley ‘17 continued into her second year at St. Lawrence University, where she played in 14 games and recorded 2 assists. The Saints finished 2018 with a 10-3-4 record, losing in the Liberty League Semifinals.

In her sophomore year, Korynne Provenzano ‘17 started all 20 games for the Lasell Lasers. The Lasers went 14-6, losing in the GNAC championship game.

After transferring to Ithaca College, Elise Leavitt ‘16 started all 20 games, recording one goal and one assist for the Bombers, who finished with a 14-2-4 record and earning bids in the Liberty League and NCAA D3 tournaments.

In her junior year at UNH, Liz Lane ‘16 played in 18 games, starting 14. She scored 3 goals and had one assist for the Wildcats, while also earning a spot on the 2018 America East Honor Roll.

Katy Bryan ‘16 played in two games for the Boston College Eagles in her junior year.

After earning a spot on the University of South Florida Bulls for her junior year of college, Malani Lee was selected as a Wooden Cup Finalist because of her work with the foundation she started, “Cleats for Kids.” Read more here.

Taylor Booth ‘11: in her third year as assistant coach at NYU, Taylor served as recruiting coordinator and goalkeeping coach for the Violets, who finished with a 10-6-3 record and earned a spot in the NCAA D3 tournament.

In 2017, the Lakes Region League was as competitive as ever with several teams vying for the league championship and looking for playoff bids. Despite the competition, the Brewster Bobcats finished undefeated in the league and earned the Lakes Region championship with some pivotal performances in key matches. In the league opener against the defending New England champions, Kimball Union Academy, the Bobcats managed a 2-2 draw after falling behind in the opening minutes. Then, in the rematch midway through the season, Brewster secured a nervy 1-0 away victory. In both matches against New Hampton, the athletic and organized Huskies pushed the Bobcats to their limits, but BA was able to get results on both occasions: in the first matchup, a goal from Maddie Flagg with two minutes remaining led to a 1-0 victory, and in the rematch, a late goal from Anya Found salvaged a draw. With several convincing victories over league opponents to conclude the season, the Bobcats collected enough points to earn first place in the league. The Bobcats have now won the league five years in a row and thirteen times since 2000.

After securing the LRL championship and posting an 11-2-3 regular season record, the Bobcats earned the #2 seed in the NEPSAC Class C Tournament. Last year as the #2 seed, BA lost at home to an energized Marianapolis side, so this BA focused on preparing for playoff soccer and put together one of their best performances of the year in the quarterfinals, when they defeated Beaver Country Day School 5-0.

Next, the #2 seed Brewster Bobcats hosted the #3 Berwick Bulldogs in the semifinals. The two squads have had prior playoff matchups: in 2014, the Bobcats and Bulldogs played a great playoff game that finished 2-2 before Brewster advanced on spot kicks, and the Bobcats also defeated Berwick in the playoffs in 2015 on their way to winning their sixth New England championship. In 2017, Brewster won the regular season match 2-1 in a close game, and the playoff game proved to be even closer. After a quick start and some early chances for Brewster, Berwick battled back into the game and made some of their own chances, finally scoring in the 54th minute off of a great low cross and finish in the area. With time ticking down, it looked like the Bobcats’ run would end, but with under 3 minutes remaining, Maddie Flagg’s brilliant lofted strike from wide right sailed over the Berwick keeper to reach Anya Found at the far post, who made sure the ball ended up in the back of the net to draw Brewster level. After two even halves of extra time, Brewster and Berwick squared up for spot kicks once again. Ultimately, when Brooke Rooney made a big save on Berwick’s fifth shooter, the Bobcats prevailed 4-3 to advance to the NEPSAC finals for the sixth time in seven years.

In the finals, Brewster met the #1 seed MacDuffie Mustangs, whose team featured several talented and athletic players. In extremely muddy and slippery conditions under high winds, Brewster competed to the end, but a late goal from 50 yards staked the Mustangs to a 0-1 lead, and when Brewster pushed to equalize, one of fastest Mustangs found the space to race away and tuck home the insurance goal. At the final whistle, the Bobcats had reached the end of their line, finishing as Lakes Region champions, NEPSAC finalists, and holders of a 13-3-3 record.

Alumni News
Bailey Kolinski ‘17 played in 3 games for the Ohio State Buckeyes, allowing 0 goals and making 3 saves. The Buckeyes finished with a 15-5-1 record and won its first ever Big Ten championship before losing in the finals of the Big Ten Conference Tournament and then being upset, 1-2, by Vanderbilt University in the first round of the NCAA tournament.

Tori Daley ‘17 started 3 games, played in 11, and recorded 1 assist for the St. Lawrence Saints, who finished with an 11-7 record and an appearance in the Liberty League semifinals, where the Saints were defeated by William Smith.

In her first year with the Le Moyne Dolphins of the NE-10, Maddison Vine tallied one goal, one assist, and 3 starts in her 16 games played.

Korynne Provenzano ‘17 played in 17 games, starting 16, for the Lasell Lasers, who finished with a 13-6 record and won the GNAC championship before losing to William Smith in the first round of the NCAA tournament.

Bry Clark ‘17: Bry joined the Washington and Jefferson Presidents, who finished 12-6-1 on the year. Bry helped the Presidents go on a seven game winning streak to end the regular season before the team lost in the semifinals of the PAC tournament. In her freshman campaign, Bry played in 6 games and tallied one assist.

Elise Leavitt ‘16: playing in the regista role for Springfield College, Elise started 23 games for the Pride, who finished with a 16-6-2 record. After losing in the finals of the NEWMAC tournament to MIT, Leavitt and the Pride went on a run in the ECAC Division III tournament, eventually defeating NYU in spot kicks to win their second consecutive ECAC championship (the Pride had also defeated NYU on spot kicks the year before). Elise also earned a spot on the NEWISA Division III All New England Team.

Liz Lane ‘16: in her sophomore year at UNH, Liz started 7 games, played in 17, and totaled 3 assists on the season, helping the Wildcats to an 11-6-1 record and a #1 seed in the America East tournament. The Wildcats were upset in the first round to end their bid for an NCAA appearance.

Katy Bryan ‘16: in her second year with the Boston College Eagles, Katy Bryan saw her first game action, playing against Colgate and Virginia for the Eagles, who finished with a 10-9-1 record. In August, the Brewster Bobcats got a chance to cheer on Katy when the BC Eagles hosted Vanderbilt University and fellow former Bobcat, Lydia Simmons.

Becca Murphy ‘14: In her senior season, Becca started and played in 17 games for the University of New England-Biddeford Nor’easters. Becca’s career stats include 21 goals and 18 assists in 75 games played. Becca also was named Brewster Academy’s Alum of the Month in November 2017.

Lydia Simmons: In her graduate year, Lydia Simmons helped lead Vanderbilt University to its best season under head coach Darren Ambrose. Simmons started 20 games, scored 2 goals, and had 3 assists as the Commodores posted a 13-7-2 record, reached the SEC tournament semifinals, and earned an upset win over the Ohio State Buckeyes in the first round of the NCAA tournament. Simmons finished her Vanderbilt career with 77 games started, 10 goals, and 11 assists.

Taylor Booth ‘11: in her second year as assistant coach at NYU, Taylor helped guide the NYU Bobcats to a 13-5-4 record and another run in the ECAC tournament, where the Bobcats fell to the Springfield Pride on spot kicks for the second consecutive year.

2017 was a busy year for Brewster Academy girls’ soccer alumni. If you have any other alumni news to share, please let us know. 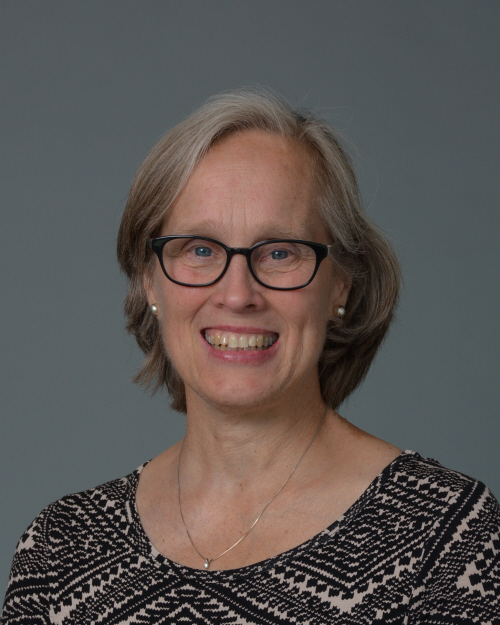 We would love to hear from you about your interest in playing soccer at Brewster!

Tweets by BrewsterSoccer
Powered by Finalsite